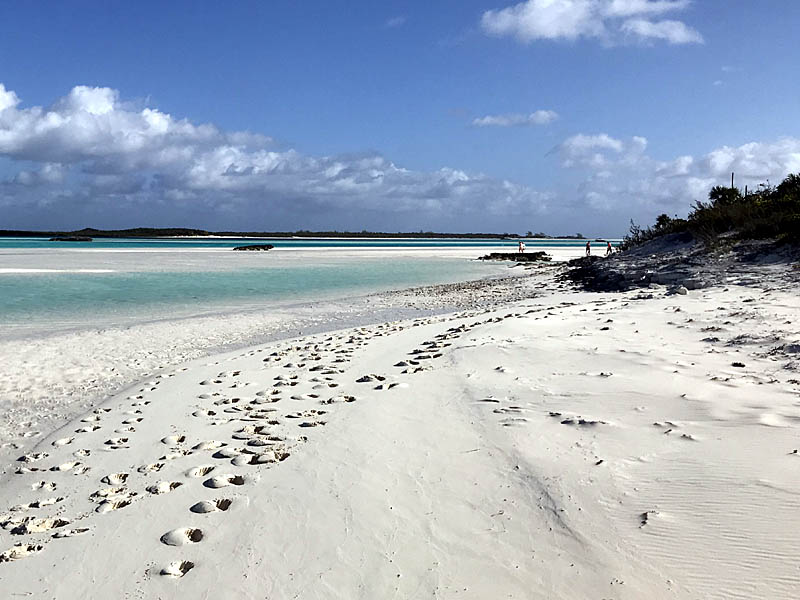 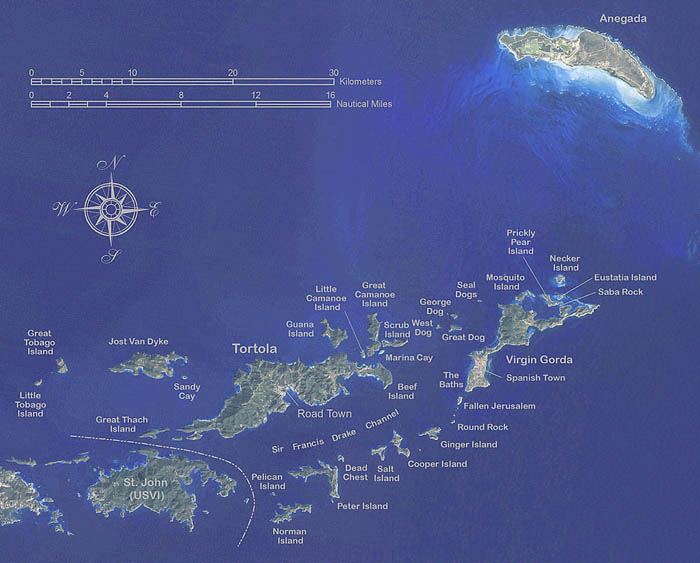 The population of the BVIs is about 35,000 people. More than two-thirds of them are concentrated on Tortola, the largest island. The other major islands are Virgin Gorda, Jost Van Dyke, and Anegada. That leaves more than 50 smaller islands, most of which are uninhabited. Most of the archipelago traces its origins to volcanic activity. Other islands are eroded coral reefs. All offer some of the most stunning scenery of the Caribbean.

The four main islands each have a distinctive character and vibe. Tortola is the closest approximation to a tourist hub. The majority of the BVIs' hotels, resorts, restaurants, and shops are found in and around Road Town. Tortola, however, is not without natural wonders of its own. Tortola boasts the highest point in the BVIs -- 1,780-foot Sage Mountain, which is the centerpiece of the Sage Mountain National Park.

The island of Jost Van Dyke has only a few hundred residents, but they keep the party scene humming year-round. Despite its small size, the island has more than enough bars and restaurants to accommodate visitors. In contrast, Virgin Gorda is tranquil and laid-back. There's an abandoned copper mine to explore, but the primary attraction is the Baths -- a collection of huge granite boulders that frame crystal-clear pools. Low-lying Anegada is also known for its aquatic beauty. Its reef is a favorite of divers and snorkelers. To hop from island to island, ferry service is a convenient option for visitors who do not have a boat of their own.

Because so many visitors to the BVIs sail in on chartered boats with onboard chefs, the islands are not packed with restaurants. Nonetheless, the dining selections available offer a delicious sampling of local cuisine. Fresh seafood is a mainstay, including Caribbean spiny lobster, conch, mahi-mahi, snapper, and scallops. The national dish is known as "fish and fungi". It features a cake of cornmeal and okra served with sauteed fish, tomatoes and onions.

The BVIs' cultural heritage springs from an intriguing blend of Afro-Caribbean, British, Dutch, American, and Indian influences. The Dutch were the first Europeans to claim the islands, establishing settlements on Tortola in the early 1600s. Pirates, smugglers, and slave traders shared the islands with Dutch plantation owners until the British established control in 1672.

The British Virgin Islands are today an overseas territory of the United Kingdom. The BVIs most famous resident is arguably billionaire entrepreneur Richard Branson, the owner of Necker Island. Branson, however, is hardly the only member of his class to spend time in the islands. Marinas throughout the BVIs regularly play host to luxury yachts from throughout the Caribbean and beyond.