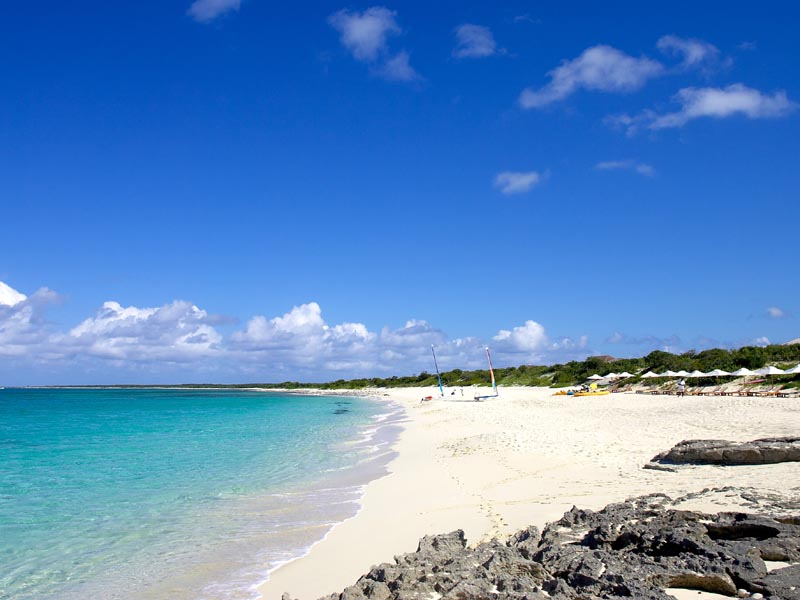 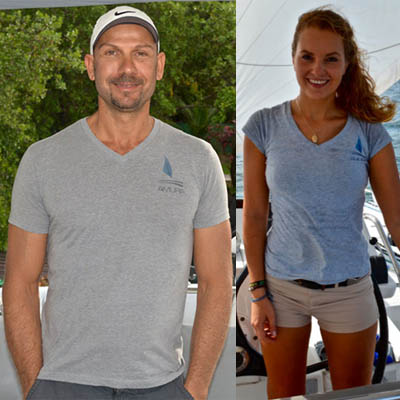 Christian was born and raised in Santiago de Chile. At a young age, he moved away from the city and discovered his passion for sailing, diving, and the sea. He became a dive master and bought his first sailboat. He owned a dive shop and was leading diving expeditions throughout various islands off the coast of South and Central America when he decided to pursue a life that would allow him to live fulltime at sea. He sailed through Chile's southern shores, all the way up north to Mexico. Since the early 2000s, he has plied the seas throughout the Caribbean. In 2013, Christian found his new paradise and home in the islands of the Bahamas. Other than sailing and travelling, Christian has a passion for fitness, yoga, and healthy food. As skipper and company owner, Christian has the experience and knowledge that only comes from logging more than 45,000 sea miles.

Marie was born in Germany and received her education in nutrition and health to became a Hotel Industry Expert. Marie has worked in the hospitality industry in Australia, the Galapagos Islands, Austria, and Germany. She has taken cooking classes around the world to transform her hobby into a profession. In 2015, she brought her skills to the Bahamas. Along with Captain Christian, Marie is committed to providing her guests with healthy cuisine. She takes special pride in purchasing fresh, organic ingredients and supporting local farmers and businesses.

Jesse Van Wyk and Amy Campion have teamed up together to crew four different luxury vessels in both the Caribbean and the Mediterranean. Jesse and Amy were born and raised in South Africa and share a common love of the sea. They both enjoy surfing, scuba diving, and wakeboarding, and are devoted to protecting the health of the world's oceans.

Jesse earned a degree in botany and zoology, specializing in marine animal science. He holds Royal Yachting Association certificates as a yachtmaster, dayskipper, and engineer. In addition to serving as captain, he has employed his engineering skills to oversee major boat renovations.

Amy has a degree in journalism, but her career path led her into the culinary arts. With further training in food preparation and maritime skills, she handles the duties of chef, stew, and deckhand. She takes pride in turning out meals that are delicious, healthy, fresh and visually appealing. 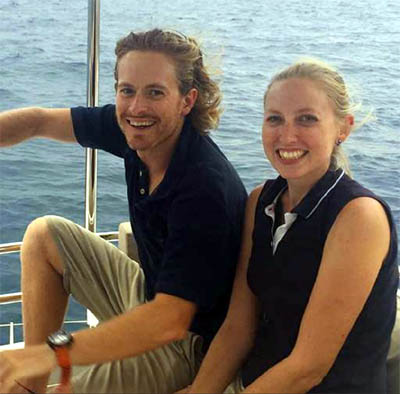 Tim and Nikki started in the sailing industry in 2011 and have worked together as a couple since their first year on the water. Both come from keen sailing families on the eastern coast of England and share a deeply ingrained passion for the sea. After three seasons in the Greek Ionian Islands, they transitioned to superyachts sailing out of Palma de Majorca in Spain. There next stop was the Caribbean, including Guadeloupe, Antigua, Saint Martin, and the British Virgin Islands, aboard luxury catamaran charters. Their busy schedule provided them with first-hand local knowledge, especially in the BVIs, and deepened their attachment to the Caribbean.

With a degree in history, Tim takes special pleasure in sharing with his guests his insight into the Bahamas and British Virgin Islands. He is qualified as a Royal Yachting Association (RYA) Oceanmaster, Professional Association of Diving Instructors (PADI) Divemaster, and dinghy instructor. He is also an avid kayaker, surfer, and enthusiastic participant in other water sports. His experience as a nautical engineer and extensive mechanical background has made him the first point of call for many of his colleagues.

Nicola, or Nikki as she is known, is a qualified chef from the esteemed Ashburton Cookery School with an in depth personal understanding of food allergies She specializes in catering to a wide range of dietary requirements. Nikki enjoys amateur surfing, sketching, and jewelry-making.